Capitalist Realism and the Anthropocene

(CRAP) Capitalist Realism and the Anthropocene : Myths of Neoliberalism in the Current Climate Catastrophe

Inspired by the iconic portraits of Cindy Sherman, I created portraits of nameless women who all share the same (hyper)reality.

A digital photo inspired by Hito Steyerl’s article "In Defense of the Poor Image."

A short film I made for my senior year AP art class.

Appropriation Project: What Should I Do With My Life? 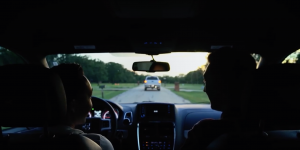 A video I created for my VISA 110 course at the University of British Columbia. We were given the task of creating a video comprised entirely of content that was not our own- that we took from other videos and other sources. The white hair is actually me- the film looking shots at the end are from a highschool friend of mine who made a video of our time on a group trip to Europe. 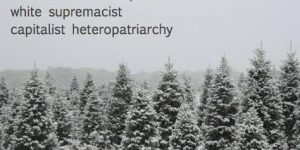 I wrote an article titled 'Have yourself... an Anti-Capitalist Little Christmas...' for UBC's Sexual Assault Support Centre blog. December 7th, 2018 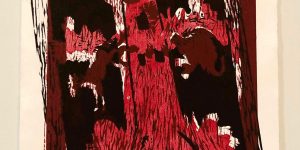 A woodblock print and photograph of mine were included the 2018 Undergraduate Art Exhibit at UBC. Works made for VISA250 and VISA241

A series of pseudo-self portraits for Visual Arts 241: Digital Photography. 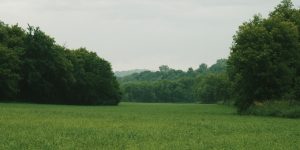 Photographs I took at a farm in Cannon Falls, Minnesota.

Sundays are for Mourning 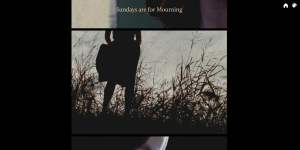 A project from CRWR 213, Writing for New Media, in which we were given the task to tell a story through a Tumblr page by including writing of our own and reblogging other media (audio, visual, etc.) to build the story further. We were given a list of phrases to inspire us, I chose "Open Doors."

The first section of my book "Ultraviolet," which you can find listed under my Featured Activities.

The second section of my book "Ultraviolet," which you can find listed under my Featured Activities.

Two love poems I wrote in June of 2017 that were part of a book of writing and photos that I created and gave as a gift. 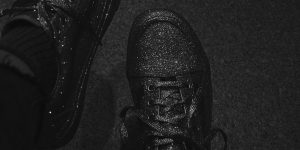 Photographs in which I experiment with light and shutter speed by photographing a pair of special edition Vans that were covered in glitter.

A typical sales job, I worked with customers, stocked and arranged products, worked at the registers, cleaned, and closed. 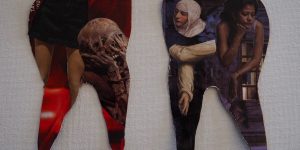 Hand-cut collages on hand-cut teeth representing the old psychological theory of 'the four temperaments,' the idea that there are four fundamental personality types. Part of a larger series centered around the symbolism of teeth.

A hand-cut and arranged physical collage. The work aims to represent jealousy and both the anger and shame it creates.

A hand-cut and arranged physical collage. The work aims to illustrate the way gender lies in our head rather than our physical body, it's in our thoughts and feelings.

Soy-based ink monoprint made from hand-drawn and hand-cut stencils.

A book I wrote, designed, and photographed for my senior year of high school. It explores many of the concepts I am still interested in: Female psyche, 'negative emotions,' chronic mental illness, etc.

Every Red Thing I Own

A collection of photos documenting every red thing I own for the purpose of observing, categorizing, and exploring the meaning of the color red. 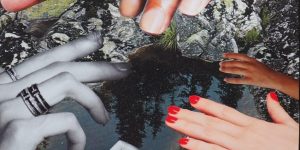 Hand cut collage featuring hands all pointing towards the center of the image- a pool of water reflecting trees, surrounded by rocks.

Hand cut collages in which I aim to show the joy in wlw (women loving women, an LGBTQ+ term) relationships, and how the beauty of such love relates to the beauty of nature. I include the moon as a symbol of the feminine and the maternal nature of the earth and natural world in which queer women love one another.